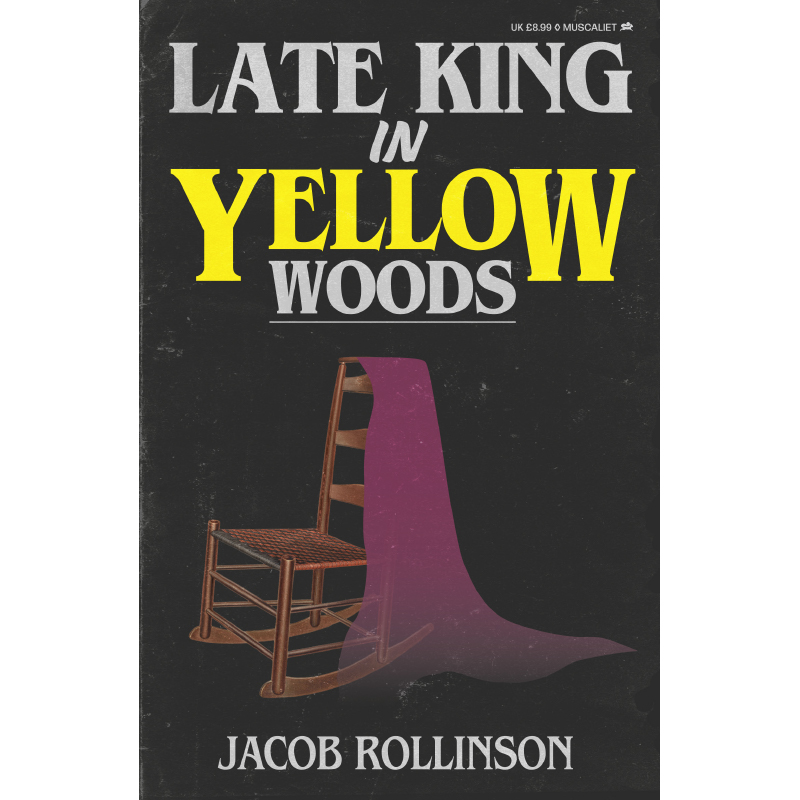 Sam, a brooding and reactionary academic, feels left behind by politics and culture in the internet age. As he travels through the New England woods to meet a dying relative, he starts composing an essay on popular horror.

Pursued by guilt and lured by nostalgia, he hopes to write his way to vindication in the face of real and imagined enemies. But the mind is treacherous, and the culture wars are all-encompassing, and the woods are full of traps… 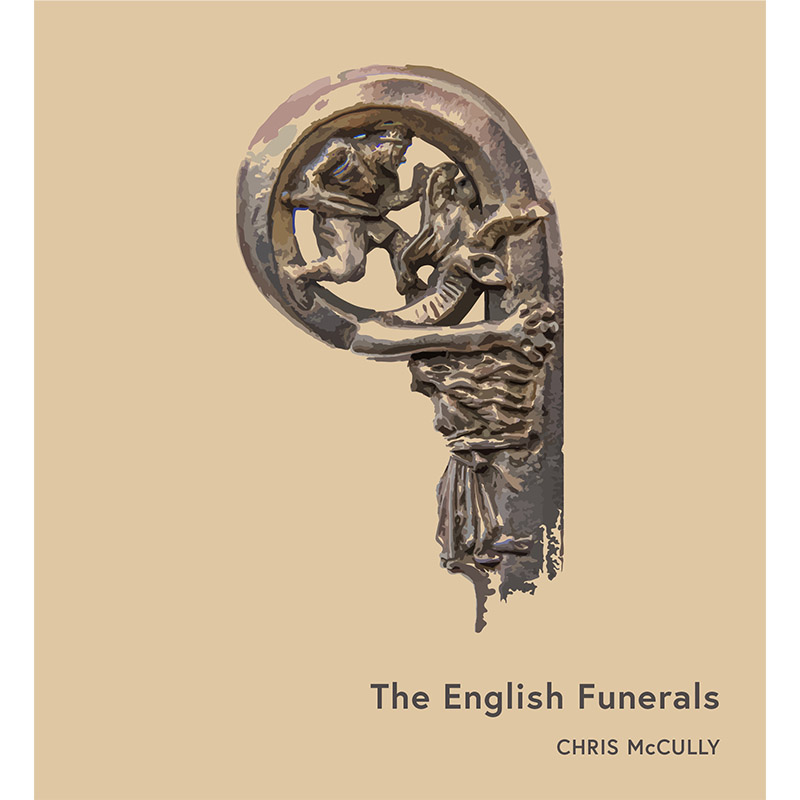 The English Funerals is a collection of ten-line prose poems which embody an exploration of ‘epic’ verse. Each poem is a tile, itself representing an epic fragment, juxtaposed with other tiles which themselves yield another story – another fragment of the epic whole – a disconcerting geography, whose voices and histories are present only briefly on the rim of extinction. 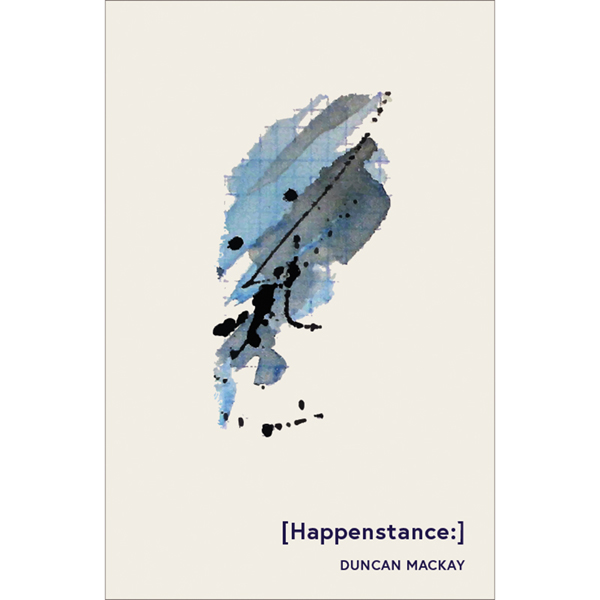 What happens happens, whether it’s the political madness of 2016 when most of these poems were written, or the way the words fall (or fail to fall) on to the page. If anything, [Happenstance:] is a journal; if anything else, it’s a random mix of action and reflection. As Charles Bernstein puts it: “the poem said in any other way is not the poem.” So it is with [Happenstance:] in which, in the words of ‘Sit Crooked Think Straight’: “writing follows its own bloodied nose. 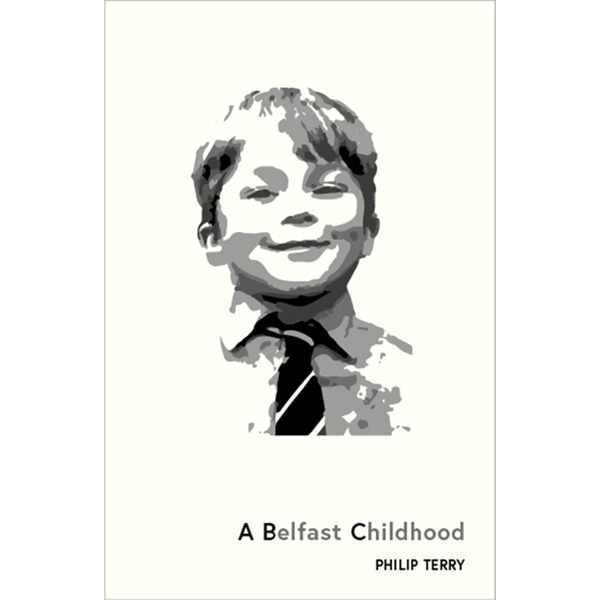 A Belfast Childhood explores the form invented by Joe Brainard in his book I Remember, and taken up by Georges Perec in France. Here the form is subject to an additional constraint, which emerges from the title: the first 26 memories are arranged alphabetically; subsequently, the alphabetical entries are permutated according to a sestina of order 26. 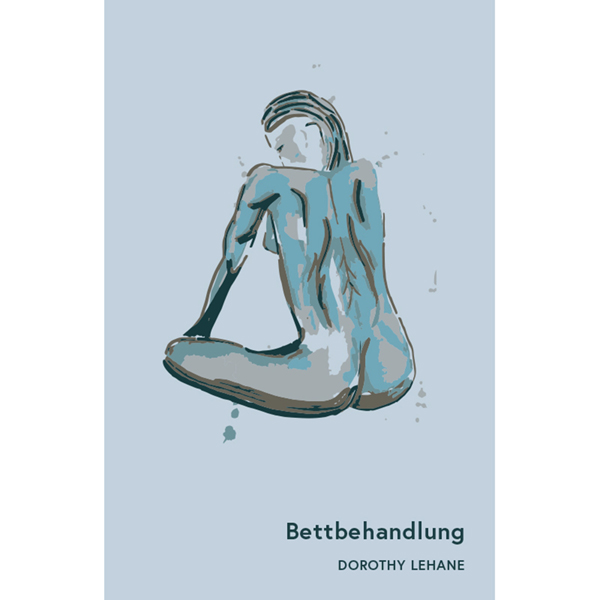 Bettbehandlung is a feminist re-visioning of historical and medical treatments of ‘hysterical’ female subjects and performative spaces of illness. It focuses on historical acts of diagnosis and the shifting of bodily propriety, alongside issues of dependency and witnessing. 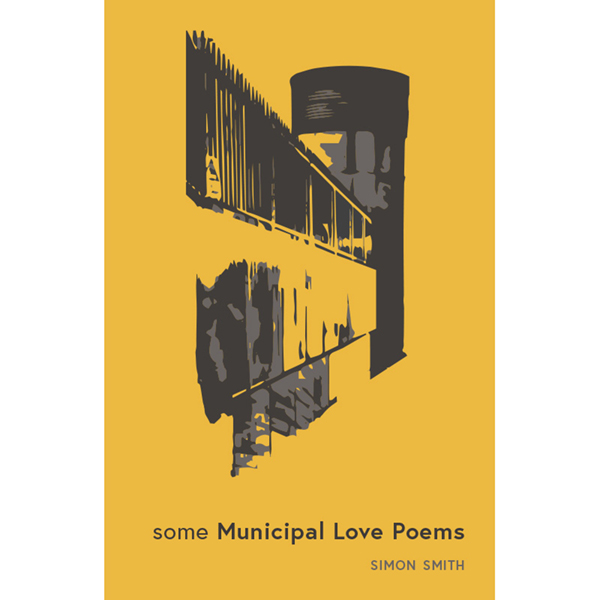 After the Paris attacks, the migration crisis, the Brexit vote, the election of Trump and installation of May, and war in Syria, one question might be how have these events changed what is meant by public and private space. Perhaps something as ‘useless’ as poetry could open a space from where answers might appear. Some Municipal Love Poems comprises two sequences, ‘General Purpose Love Poems’ and ‘Song Book: Series of Songs’, the former a sequence of long essay-like poems and the latter, shorter song-like poems, which form new spaces, public and private, as call and response, as spaces to think in and with. 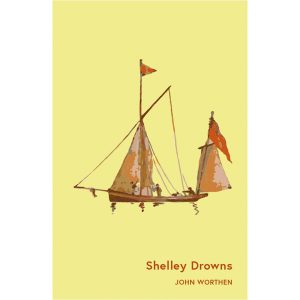 Shelley Drowns is an account of the last three weeks of the life of the romantic poet Percy Bysshe Shelley. Through a day- by-day recovery and detailed examination of the surviving evidence, John Worthen reaches an extraordinary conclusion: that the most likely cause of the poet’s death was suicide.

The probability that ‘Shelley drowns Shelley’ not only offers to correct all previous biographies (including his own, recently published major work) but to change perceptions of Shelley for ever. 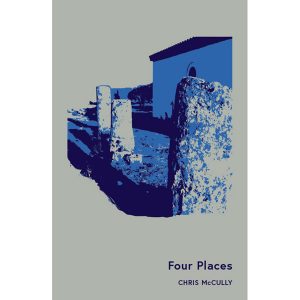 Four Places consists of four essays that explore place, culture and history; they consider how time past and its words and cultures survive into time present. The localities in question are peripheral spaces— two very different islands, an isthmus and a causeway. How does cultural change either colonise such liminal spaces or spread from them? And for the observer, what and whom is it that one sees—and who is doing the seeing? 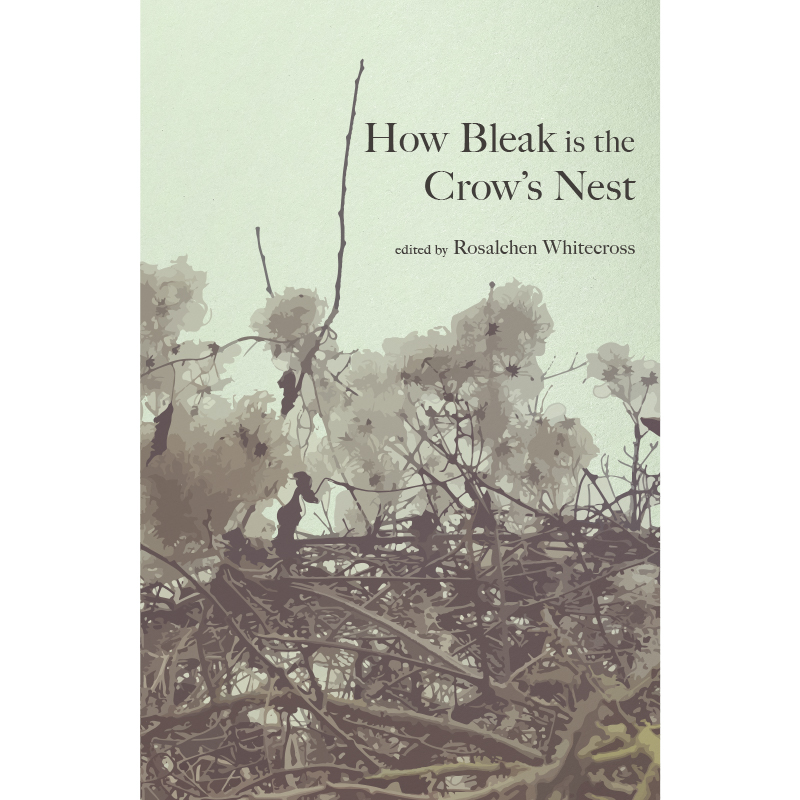 How Bleak is the Crow’s Nest – edited by Rosalchen Whitecross

The aperture through which we view prisons is narrow, distorted, and often boarded up. Life on the inside is shown to us through fleeting glimpses: in mainstream media, crime novels, and TV shows. This impersonal representation — a ‘lopsided story’ — is not only a poor likeness of prison life; it is, in the case of women’s prisons and prisoners, an empty landscape. Drastically under- and mis-represented, their voices are drowned out by the focus on the much larger male prison estate.

In How Bleak is the Crow’s Nest, Rosalchen Whitecross anthologises the writing of 18 women prisoners at HMP Downview and HMP East Sutton Park in 2018; writing their own stories told in their own words. In doing so, this anthology writes into ‘the silence of the lived experiences’ of women prisoners, opening an important space for us to better understand prison life for women, and the treatment of women prisoners, in the UK’s criminal justice system. 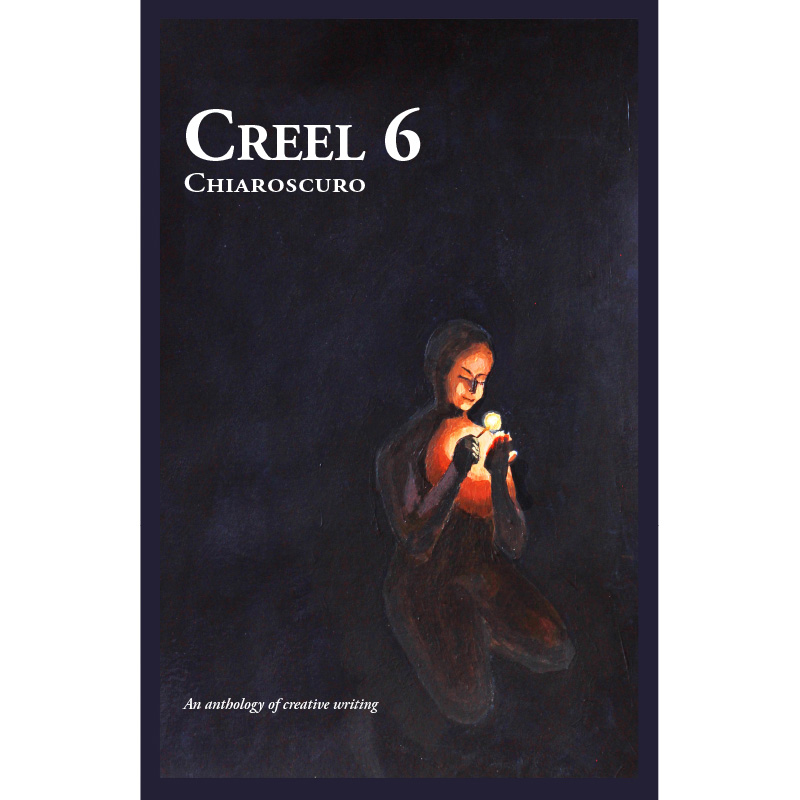 Creel 6 Chiaroscuro is an anthology of short stories and poems by undergraduate and postgraduate students from the Department of Literature, Film and Theatre Studies (LiFTS) at the University of Essex.

This anthology’s theme is ‘chiaroscuro’. Dating back to the Renaissance period, chiaroscuro is defined as the artistic use of strong contrasts between light and shadow. In this anthology, shades of nuance are revealed in subjects ranging from relationship tensions to philosophical musings; from social injustice to the nature of art, and the art of nature. Taken together, this collection acknowledges the different forms of darkness that we contend with whilst also celebrating the light to be found in times of hardship. 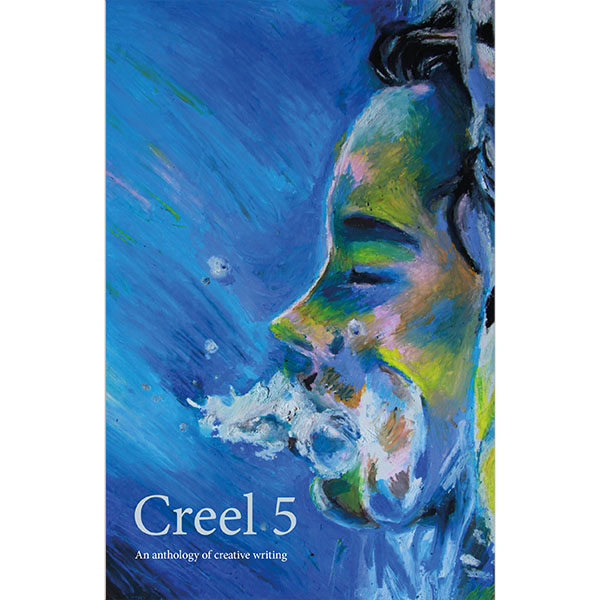 Creel 5: An Anthology of Creative Writing

Creel 5 is an anthology of short stories and poems by undergraduate and postgraduate students from the Department of Literature, Film and Theatre Studies (LiFTS) at the University of Essex. It is the department’s fifth instalment of the anthology series, established in 2012.

Starting with the theme of ‘collisions’, LiFTS students showcase their creativity, flair and boundary-defying drive by tackling a wide range of topics — from religion, politics and existentialism to the surreal, mythic and deeply personal. 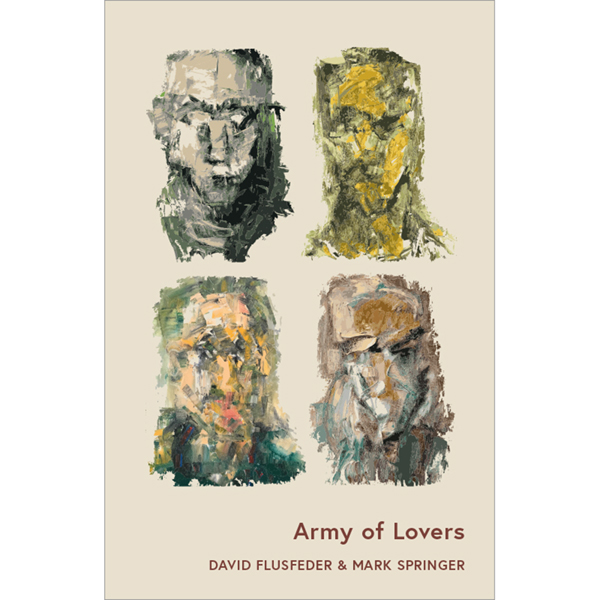 Army of Lovers is the first opera collaboration between the novelist David Flusfeder and the pianist/composer Mark Springer. It draws from the legend of the Sacred Band of Thebes, as documented by Plutarch: 150 pairs of male lovers who were the crack fighting troops of the Theban army. Army of Lovers is a drama of love and patriotism, eros and identity, belonging and faith.

Included here is an extract of Plutarch’s original text; the libretto of the opera along with selections from the score; an essay on the Sacred Band’s place in queer history by Professor David Leitao; and afterwords from the writer and composer of its first UK production at The Playground Theatre, London. 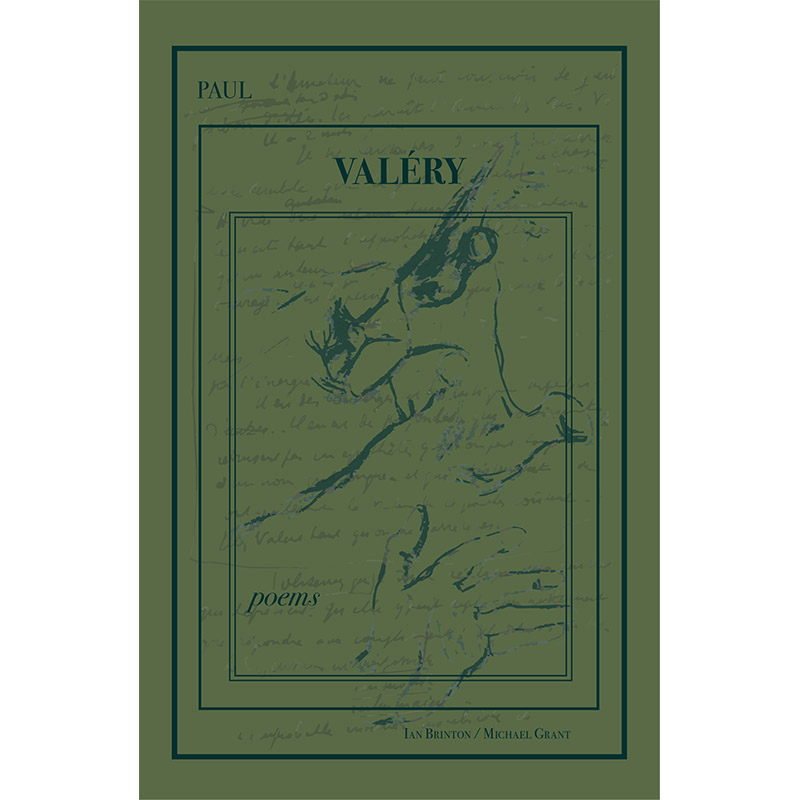 A rich selection of Paul Valéry’s poetry from translators Brinton and Grant. From the bountiful imagery of ‘Palm Tree’ to the meditations of ‘The Mariners’ Graveyard’, the breadth of Valéry’s poetic talent is shown anew with precision and zeal. This companion edition to Stéphane Mallarmé is an unmissable contribution from his poetic successor. 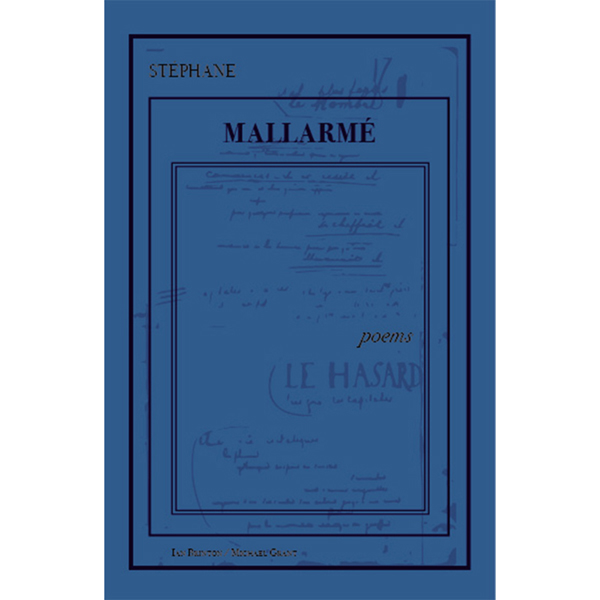 Translators Ian Brinton and Michael Grant revisit fourteen poems by the 19th century French poet, Stéphane Mallarmé, in this freshly produced, resonant translation. This collection features a new, full, typeset translation of ‘Un coup de dés’ (‘A Roll of the Dice’), one of Mallarmé’s most famous and striking experimental poems. 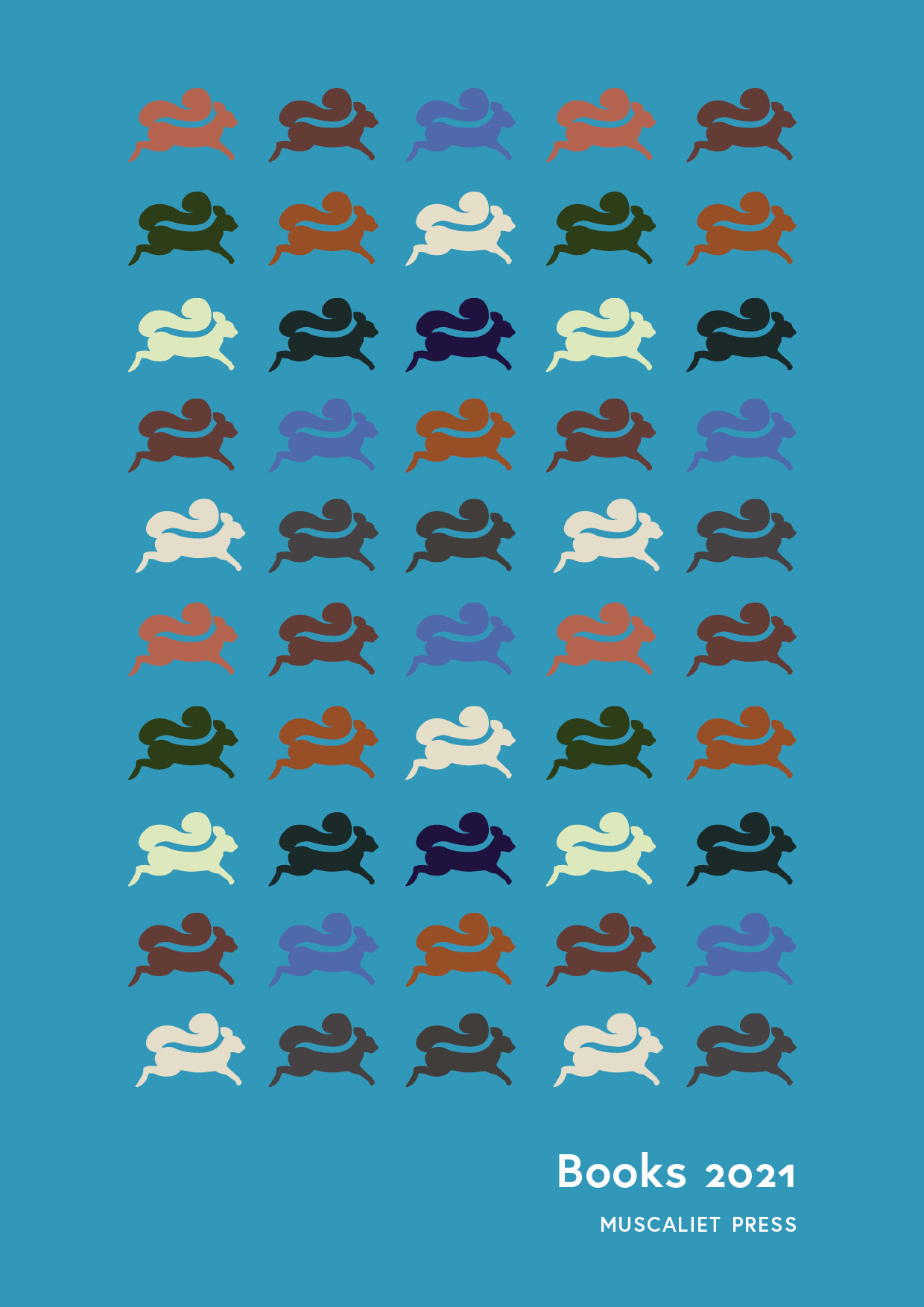